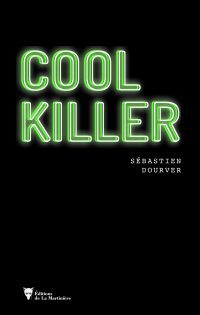 “At times dark and cynical, funny and violent, don’t wait any longer to delve into this exhilarating book!” —Caroline Vallat, FNAC Rosny 2

A biting, unclassifiable, and skilfully written tale, that is as funny as it is horrifying.

This is an abominable tale told by an abominable character. One in which the horror of modern society is chewed over and over, relentlessly, to the point of disgust and finally digested by social media and the “all news all the time” channels.

Like us, the antihero of this story has endured all the humiliation that has been thrust at him over the years. Until the day it all becomes too much to take. The day that he decides, with the slightest of gestures, barely more than a shrug, not to play that game any more. Now he has just one obsession: destroying society.

A man on a kick scooter, a vicious shove, a truck barreling down the street: and the hero of Cool Killer has just committed his first murder. The scene, caught on video by a passerby, is shocking. Replayed endlessly on the non-stop news channels, the video goes viral. But the killer feels zero remorse. On the contrary, he’s thrilled.

The society he lives in disgusts him, especially the masses’ subjugation to screens. He’ll do whatever it takes to satisfy his morbid impulses and nihilistic vigilante obsession: manipulate his wife, sleep with a reporter, eliminate his colleagues one by one… Until he’s dreaming of pulverizing society.

Sébastien Dourver has been a producer for various sports and news channels. Cool Killer is his first novel.