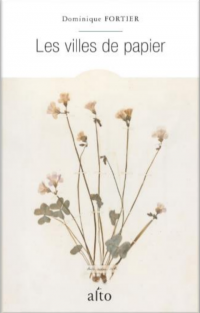 Dominique Fortier’s writing is at once sensitive and interesting, moving and spare. —Au fil des pages

Dominique Fortier has a gift for making insightful connections between seemingly distant ideas, creating patterns that, at the end of the novel, leave you with the impression that everything is connected, both logically and supernaturally. — Jean-Marc Vallée

An exquisite fictional imagining of Dickinson’s life. — The Star

A sensational exercise in both admiration and wild imagination that transgresses the laws of fictionalized biography. — Les Inrockuptibles

Its language is luminous, precise; its structure, ambitious. — Le Devoir

Intellectually and emotionally disarming, Cities of Paper is a vibrant portrait of Emily Dickinson and her circle: a window into the darkness that both inspired and doomed her.

A mythical figure in American literature, “the lady in white”, as she was otherwise known, remains an enigma to this day. There is, however, no ambivalence regarding Emily Dickinson’s status as one of the most important writers of the nineteenth century. Cities of Paper explores Dickinson’s existence from the inside, in a minor key, through the books she loved, her garden, her ghosts.

Inspired by episodes in both Emily’s life and her own, this new novel by Governor General’s Award-winner Dominique Fortier brings to life in crystalline and powerfully evocative prose the places we inhabit – and that in turn inhabit us. 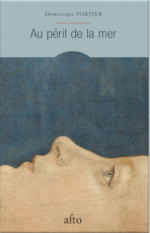