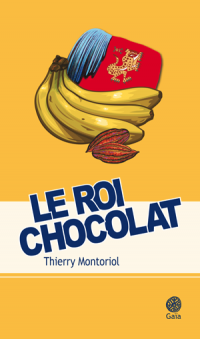 In 1910, a journalist heads off to Latin America for the inauguration of an opera house and is taken captive by the Aztecs, who are mixed up with the Mexican revolution and arms trafficking. Disgusted by the grilled grasshoppers and stuffed iguanas he is served, he survives on a drink made from sugar, bananas and pound cocoa. When he gets back to Paris, he deploys his alchemy skills to recreate the sacred beverage and introduces it to his children, then to his neighbourhood, and ultimately to the whole of France, even as far as the trenches. Banania is born. Based on the actual notebooks of its inventor, this novel tells the tale of a scarcely believable adventure.

Thierry Montoriol was born in 1957. A sailor and a journalist, he combines his passion for news with a love of writing. A feature writer for the magazine Bateaux, he has also contributed to the weekly Le Point and Le Parisien newspaper. When not out reporting, he divides his time between Paris, the Ile aux Moines in Brittany, and the rest of the world. He is the author of Baiser de la tortue (Gaïa, 2016).