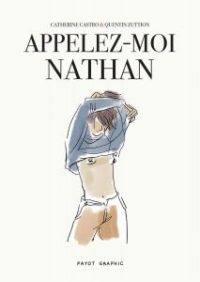 A graphic novel as beautiful as it is important. — Marine Stisi, Toute La Culture

Which toilets should you use? Have you had surgery? What is the difference between you and a transvestite? Are not you just homosexual?… This book, which follows the complicated path of a young trans teenager in France, addresses precisely the type of questions mentioned above. — Valentin Etancelin, Huffpost

In ‘Call me Nathan’ Catherine Castro and Quentin Zuttion explore the delicate subject with a firm but refreshing look at transgender identities. — Mathias Chaillot, NEON

The second book in the “Payot Graphic” collection – after La vie est bonne (Life is Good) by Viande & Macaroni. Payot is opening up to a new generation, one that sees the world differently. Society, social issues and transformations have become topics for works in the graphic-novel format.

As long as you’re going to become somebody, it might as well be yourself!

Nathan was born Lila, in a girl’s body that never suited him. With the unfailing support of his family, friends and teachers, he decides to fix that “genetic mistake.” At age 16, he starts injecting 0.8 mg. of testosterone a month.

A true and deeply moving story. The author first met Nathan at age 14, when he was still Lila. The radiant, upbeat and rare young man told her about his long, complicated psychological and medical history, and about the rejection he was subjected to. Because he wasn’t born with the right sex, Nathan had been confronted with questions without answers, and had felt a profound discomfort with his own body until the day of recognition, the day he got a diagnosis with a name: gender dysphoria. Hormone treatment finally offered him the freedom to be himself and to fix what he sees as nature’s mistake.

Non-judgmental acceptance is one of the powerful messages in this real-life graphic novel. The response to the challenge of trans-identities had long been social death. Modern technologies have pushed the transsexuality issue to the forefront of social debate today. Social networks have offered Nathans the world over a platform for both expressing themselves and formulating demands that society can no longer ignore.

Catherine Castro is a reporter for Marie Claire. Her investigations have led her to explore gender issues around the globe. She has written several books.

Quentin Zuttion is an illustrator for the press and a comic-book artist. His work explores contemporary love stories and journeys of self-discovery. Brecht Evens, Julie Maroh and Egon Schiele have all influenced the gentle but carnal style of his watercolor illustrations. 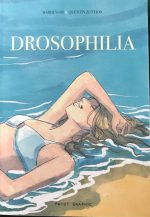 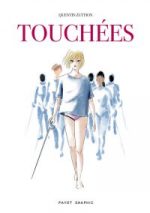