“A magnificent and deceptively slim book, in which no essay takes longer to read than it would take to listen to a David Bowie song, but in which there is a cumulative sense of revelation as regards what makes Bowie special, and why it is that his work seems to yield more, the more time you spend there. The book is delightful, highly readable, with bits of Nietzsche, Ruskin, Roland Barthes and Deleuze rising up like wisps of cloud in its funny, moving and passionate field of inquiry.” —Rick Moody, Salon

“Simon Critchley is a figure of quite startling brilliance, and I can never begin to guess what he’ll do next, only that it is sure to sustain and nourish my appetite for his voice. His overall project may be that of returning philosophical inquiry, and ‘theory,’ to a home in literature, yet without surrendering any of its incisive power, or ethical urgency.” —Jonathan Lethem

“The most powerful and provocative philosopher now writing …” —Cornel West

“Critchley lovingly unearths profoundly deep cuts from every Bowie era in a short sharp book worthy of its subject. Miraculously doubles up as an introduction to philosophy.” —Gruff Rhys, member of Super Furry Animals

Simon Critchley first encountered David Bowie in the early seventies, when the singer appeared on Britain’s most-watched music show, Top of the Pops. His performance of “Starman” mesmerized Critchley: it was “so sexual, so knowing, so strange.” Two days later Critchley’s mum bought a copy of the single; she liked both the song and the performer’s bright orange hair (she had previously been a hairdresser). The seed of a lifelong love affair was thus planted in the mind of her son, aged 12.

In this concise and engaging excursion through the songs of one of the world’s greatest pop stars, Critchley, whose writings on philosophy have garnered widespread praise, melds personal narratives of how Bowie lit up his dull life in southern England’s suburbs with philosophical forays into the way concepts of authenticity and identity are turned inside out in Bowie’s work. The result is nearly as provocative and mind-expanding as the artist it portrays.

With illustrations by Eric Hanson. 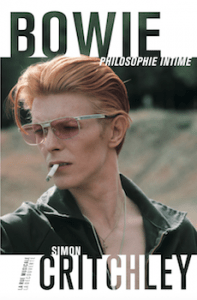 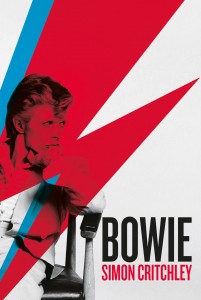 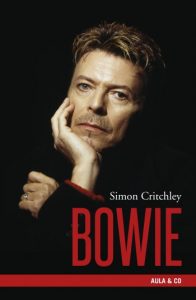 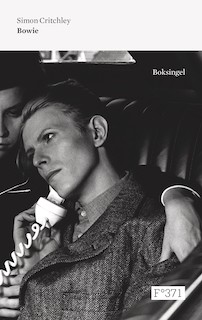