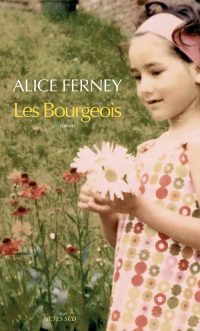 As a historian and novelist, she speaks of our country with an accomplished intelligence and beauty, and stands out among the Rentrée Littéraire. — Isabelle Potel, Madame Figaro
Alice Ferney returns to the vein of “L’élegance des veuves” in a magnificent saga that ausculates the destiny of a family living throughout the century. — ELLE
With The Bourgeois, she produces an ample and deep family novel, in the line with “The Thibaults,” or “The Great Families” by Maurice Druon. — Pauline Sommelet, Point de vue
There are not many families of eight or ten children in our modernized countries. The invitation to enter one of them is something exceptional. It is a chance to seize. And meditate.  — Monique Verdussen, La Libre Belgique
One is taken with vertigo to follow these generations of men and women who sometimes dare to leave the framework provided by their environment and their time. As fascinating as a feuilleton which turns its eye to the study of sociology.  — Joelle Goron, Biba
The bourgeois often have a bad press, but these Bourgeois are sympathetic, united like the fingers of the hand: they love each other, they help each other, they have hearts and beautiful values, with simplicity and naturalness. An enduring century which makes them all the more endearing.  — 24 Heures / La Tribune de Genève
And it is as much their life as it is of France, both prey to the jolts of history. Alice Ferney mixes both in a dense and captivating book.  — Serengo
They are true emblematic figures in their own families. Here, through their multiple lives, punctuated by encounters, engagements, weddings, births and as many family festivals immortalized in photographs, the narrator, as a privileged and caring observer, explores the great events of the national past to better show, to understand, and to interrogate a century of the History of France.  — Page de libraires

Historians generally agree that the 20th century began with the Great War. Valentine Bourgeois, the grandmother, lived through that war and the summer of 1914 took his two youngest sons away from her. But this was the era of large families and the surviving children perpetuated the family line. These were upright, Catholic and patriotic people who followed the family tradition by going into the army, navy, medicine, or the law. They got married young and procreated with enthusiasm despite the bellicose times – the tremendous desire to live and to engender life had to be reconciled with the eternal recurrence of conflict. From chapter to chapter, the births and deaths of family members, their careers and their causes provide the ticking beat of this remarkable timepiece of a novel. The century is reconstructed through brief and discontinuous sequences, like a vast mosaic on which the distinctive portraits of ten of the clan gradually take shape and form. 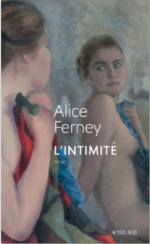