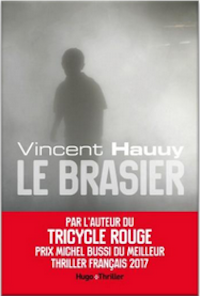 View our presentation of The Red Tricycle here.

After the success of The Red Tricycle (60,000 copies sold in France), Vincent Hauuy confirms his talent with a cleverly constructed page-turner.

When General Lavallée hires Noah Wallace to track down whoever assassinated his daughter Sophie, the profiler refuses to believe she’s dead. Convinced that the young blogger is in danger but still alive, Wallace accepts the mission and leads his investigation alongside partner Clémence Leduc.

It doesn’t take long for them to realise that the impact of this disappearance goes much further than anticipated. There’s a chance it could be linked to the recent wave of inexplicable murders and suicides sweeping across the States. Haunted by visions of a faceless young boy and tortured screams from a fire, Noah throws himself head first into an investigation that leads only to chaos.

In 1982, seven-year-old Vincent Hauuy, received The Hobbit from his mother. His imagination instantly burst into flame. Since that moment, Hauuy has devoted his life to enjoying, understanding and designing fictional worlds. A hypochondriac and particularly nervous and phobic, he exorcises his concerns through his writing. Hauuy currently lives in Canada and works as a video game designer. 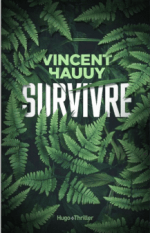 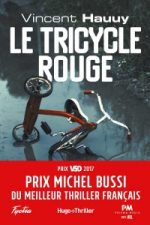