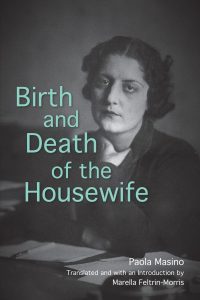 “The novel’s magisterial combination of forms—from the diary to the drama to the reading journal to the fable—indisputably earns Masino a place in the pantheon of great modernist masters.” — Review of Contemporary Fiction

“The book throbs with almost molecular visions of the world and its materiality, with wandering thoughts imbued with poetry and philosophy, with intimate irony where the body confronts its urges, with dramatised scenes displaying the social animal, with preposterous dialogues unveiling the absurdity of marriage. The book’s varied and biting range of situations allows nonsensical psychodramas and sublime ramblings to succeed each other without warning. […] In her formidably pertinent analysis of women’s issues, which avoids general ideas like the macho plague in order to explore the troubling backdrop of secret emotions animated and stirred by her neuralgic prose, Paola Masino doesn’t only denounce women’s enslavement to domesticity. Diverting the narration from its expected goals (the fable), she takes us in a painful and magical geography of madness that contaminates all the artifices of fiction.” — Claro, Le Monde des livres

“This depiction of a woman who vainly tries to fight against her unavoidable fate is breathtaking in its stylistic modernity.” — L’Obs

Paola Masino’s most controversial novel that provoked Fascist censorship for its critical portrayal of marriage and motherhood.

Stepping out of her beloved trunk full of bread crumbs, dust, spider webs, books, and ragged funeral ornaments, the young protagonist of Paola Masino’s most controversial novel realizes that her fate is al- ready sealed. She will have to conform to society’s expectations of a woman: her wild imagination will have to be controlled, her intelligence kept at bay. In short, she will have to become a Housewife.

Subject to Fascist censorship before its first publication in 1945, Birth and Death of the Housewife offers a surrealist criticism of Fascism and the rigid notion of womanhood it promoted. In her depiction of a woman’s struggle to play a role that simply does not correspond to her desires, Masino expresses a frustration and a rebellious instinct rarely found among her contemporaries.

Defying interpretations and standing alone among the heroines of twentieth-century Italian literature, Masino’s Housewife remains an uncomfortable, enigmatic figure whose impudent determination to challenge the bulwarks of traditional female roles reaches beyond historical boundaries and resonates powerfully with contemporary readers.

A complex intellectual and a remarkable figure in twentieth-century literary and artistic circles, Paola Masino (1908–1989) wrote novels, short stories, poems, librettos, and worked as a translator and as a journalist. 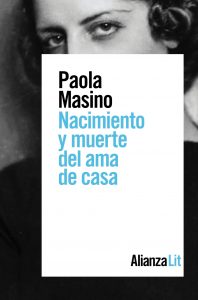