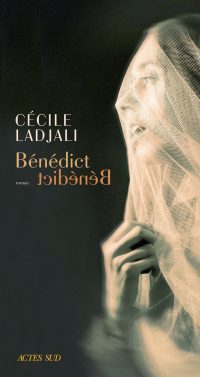 The Platonic myth of androgyny has spoken to me for a long time. It is about how, long long ago, one body containing both sexes was cut into two. Since then, the two halves tried to find each other so they could fuse themselves back together. From one book to another, I try to reunite such opposites in a harmonious manner – Cécile Ladjali in her interview L’Orient Littéraire

A heavy book with the power to move mountains, story read in one sitting while the Windows of Heaven were sweeping along the patio door, this book is not merely fiction but a revelation. Through poetry that breathes life into her narrative style, Cécile Ladjali re-imagines the order of Creation in a game of cross-dressing that goes beyond her main character. – Salon Littéraire

This book, probably one of the more political of her works, at least in its theme, is a whirlwind. It reminds us that identity is a notion much more fluid and complex than it appears. — William Irigoyen, L’Orient Littéraire​

What is touching, in this novel by Cécile Ladjali, is the authenticity of inner struggles carried out within Benedict and those surrounding the character. Struggles that respond tightly to interrogation, to assumptions that the novelist always posed in her work. To begin with the importance of letters, of books in the construction of the self. A book that gives the feeling of reading and borrowing, along Cécile Ladjali’s footsteps, from other subversive and beautiful paths. — Eléonore Sulser, Le Temps

If you want to grasp the DNA of the Iranian people’s anger, if you want to grasp the state of mind of Iranian demonstrators, you must read this book, Benedict, that has just appeared on the forefront. Cécile Ladjali writes a sort of plea for the reconciliation of the contradictions between the masculine and feminine, between the West and Iran, and then of course between these two identities within her, the French and the Iranian—-the native and the adopted. — Clara Dupont-Monod, france inter

A professor of comparative literature at the University of Lausanne in the winter months and in Tehran during the spring, Bénédict Laudes inspires unsettling passions and contradictory feelings in her students through her original approach to teaching and her enigmatic personality. Partners Nadir and Angélique, whose theses are being supervised by Bénédict, become fascinated with this asexual angel who casts a troubling spell over men and women alike and who is a prisoner of two diametrically opposed cultures. The novelist Cécile Ladjali, who is of Iranian extraction, revisits the fundamental themes which characterise her work: the land of one’s origins, the merging of opposites and the transmission of culture. 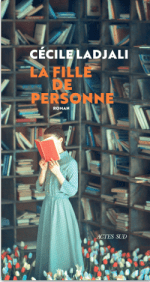