‘Three years after his first thriller Wounded Wolves, which had impressed your bookseller, Christophe Molmy is back with a new and very successful robbery story.’ — Librairie Mollat

‘An excellent detective novel which has been able to immerse us with a lot of realism in the daily life of the French police and a gang of burglars. This well-paced, polyphonic story written by the head of the Paris anti-gang unit will make you spend a few sleepless nights! ‘ — Librairie Gallimard

‘An authenticity that immerses us in a tough, urban and totally relevant story.’— Librairie Comme un Roman

After Wounded Wolves (long-listed for 5 literary awards, Éditions de La Martinière, 2015) and Somewhere Between Good and Evil (Éditions de La Martinière, 2018), Christophe Molmy is back with a third crime novel with an ever-more refined writing style and a sophisticated plot alternating between the cops and crooks’ points of view in an adrenaline-fuelled race in which everyone wants to save their own skin.

François Legal, an extremely meticulous and equally violent robber, has almost finished a 10-year sentence. A few weeks before his release date, he gets thrown into solitary confinement, a punishment that could cost him his freedom.

Philippe Lelouedec, an old hand from Paris’s police headquarters, and Coline, a shy and unhappy young cop, have been trying to solve a series of burglaries targeting elderly people. Legal gets in touch with Lelouedec to offer him a deal: info about a series of jewelry-store robberies in exchange for his own freedom. But should the cop really trust the con man? Who says Legal won’t get right back into crime as soon as he’s out?

Then a little kid goes missing, and the whole things tips from back-page news to a desperate race against time: the life of an innocent child is at stake.

In a similar style to popular TV series like The Wire and Spiral, Christophe Molmy draws readers into the world of both cops and crooks, in a hyper-realistic crime novel with a gripping pace. 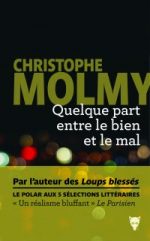 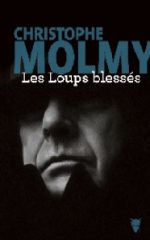