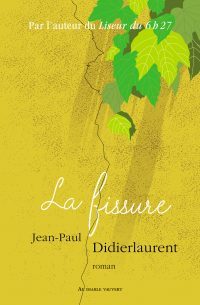 Jean-Paul Didierlaurent lives in Vosges. Prize-winning novelist of numerous short story competitions, twice winner of the Hemingway Prize, his first novel The Reader on the 6:27 met with huge success with Au Diable Vauvert and then with Folio (370,000 copies sold). It received the Roman d’Entreprise prize as well as the prizes of Travail, Michel Tournier, the Chambery First Novel Festival, CEZAM Inter CE, Livre Pourpre, Complètement livres and many others from reader and library prizes. It has been translated in 31 countries and is currently being adapted for the cinema. Jean-Paul Didierlaurent has since published his first collection of short stories with Au Diable Vauvert, Macadam, and The Rest of their Lives, a novel republished by Folio in September 2017-