Zabor, or the Psalms 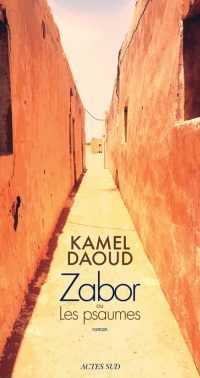 Zabor, or the Psalms

Awarded the Prix Transfuge of the Best French Novel 2017; Selected for the Prix Interallié

“A second sparkling novel…. This lyrical text possesses a magic force…. Through this demanding novel, with an almost Persian perfume, the writer affirms his singularity within an Algerian society undermined by beliefs that obscure the imaginary horizon. ” — Kerenn Elkaim, Livres Hebdo

“Literature is a matter of language, precision, accuracy, and when one writes, one is in a kind of universal intimacy with the world, not of details, but of coincidences. You know the flesh from Lolita, by Nabokov, you know the orgasm from Tropic of Cancer, by Henry Miller .”  — Kamel Daoud, Le Journal du Dimanche

“In Zabor or the Psalms, with a salutary ambition and beauty, the writer delivers a sparkling and poetic parable as well as a proof of his faith in literature against the stupidity of men.” — Christophe Ono-dit-Biot, LE POINT

“Powerful, poetic, and daring text, Zabor or the Psalms by Kamel Daoud bursts forth in the Rentrée Littéraire. This book substitutes itself as The Book and transforms “prayer into interrogation” with an unalterable happiness of writing… Kamel Daoud seems to perfect each page that he converts from spoken to written word. The Algerian writer solves the contradiction between the urgency of his inner voice and the millimetered precision of the words he places on paper. ” — Antoine Perraud, MEDIAPART

“Kamel Daoud pens a very great novel. One of the most exciting books on the construction of a young man in a stiff and patriarchal society, but also a passionate tribute to literature. ” — Oriane Jeancourt, TRANSFUGE

“A hymn to the power of narrative as well as to the word that delivers, zaborism may well come to complement the quixoticism, oblovism, or bovarism as a literary figure. “​ — Sophie Creuz, L’ECHO (Belgium)

“In this astonishing novel, which is saturated with meaning and which tries, in a certain way, to contain all books by multiplying references, quotations, and direct or indirect allusions, Kamel Daoud tells the transfigured, magnified, and poetized history ​of a man who resembles him. ” — Le Temps (Switzerland)

Having lost his mother and been shunned by his father, he grows up in the company of books, which afford him a new language. Ever since he can remember, he has been convinced that he has a gift: if he writes, he will stave off death; those captured in the sentences of his notebooks will live for longer. Like a kind of inverted Scheherazade saving his fellow men, he experiments night after night with the delirious power of the imagination. On this particular evening, all the progeny of the stepmother come knocking at the door: the father is going to die and perhaps only Zabor is capable of delaying the fateful moment. Sitting next to the father who has ostracised him, the son writes compulsively, retracing an existence characterised by strangeness, abandonment and humiliation but also by wondrous encounters with countless fictional worlds which he alone in the entire village has ever had access to. A fable, parable and confession, Kamel Daoud’s second novel pays homage to the essential need for fiction and to the insolent freedom afforded by an adopted language.

Born in 1970 in Mostaganem, Kamel Daoud lives in Oran. A journalist and columnist for some twenty years, for over fifteen years he wrote the most widely read column in Algeria for the daily newspaper Le Quotidien d’Oran. In recent years, he has contributed regular articles to the international press and in the spring of 2016 he was awarded the Prix Lagardère for journalist of the year. With Actes Sud, he has published a collection of short stories, La Préface du nègre (Babel n° 1291), his debut novel, Meursault, contre-enquête (2014; Goncourt for the best first novel, Prix des cinq continents de la francophonie, Prix François-Mauriac, Prix liste Goncourt / le choix de l’Orient, Prix liste Goncourt / le choix roumain, Prix liste Goncourt / le choix serbe) which brought him international acclaim (over thirty translations published or in preparation), and Mes indépendances. Chroniques 2010-2016 (2017) 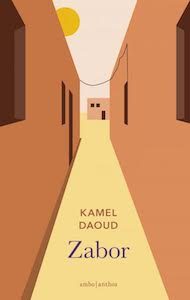 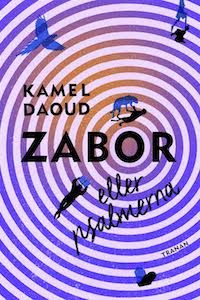