Without Ever Reaching the Summit 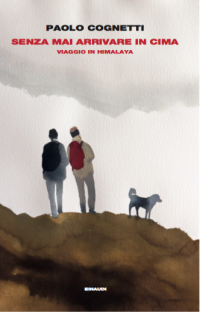 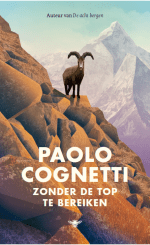 Without Ever Reaching the Summit

By the author of The Eight Mountains: rights sold in 39 countries and over 600,000 copies sold worldwide. Winner of the Premio Strega, Prix Médicis Étranger, English Pen Translates Award 2017

What do we look for when we embark on a journey? Maybe there is a destiny or a summit that no one else has never reached, or maybe the reason could be the journey itself?

Senza mai arrivare in cima, in the tradition of great travel literature, is written over the course of a journey into Nepal’s remote Himalayan region of Dolpo.

It is the account of how one man achieved higher consciousness at 4000 meters by putting one foot in front of the other. Having packed very little, he trekked through a land lost in time and unspoiled by modern civilization, with a donkey at his side and Peter Matthiessen’s The Snow Leopard as his travel guide.

The Dolpo region, fixed in its own past, immersed Paolo Cognetti in an ancient mountain culture wherein life can be overwhelming, especially for the small population that is afraid of being exploited.

Senza mai arrivare in cima harbors more depth than a travel diary, it is the warm and evocative tale of confronting one’s physical limits, of the erosion of many old certainties, of the beauty of such small things as the unexpected encounter with a Tibetan dog, and it is a tale of finding balance within. The long silent nights in the tent shared with his friend Nicola, the magnificence of nature, the otherness of the places he discovers and people he meets, the ups and downs of the trails and the difference in altitude are like a journey of the mind, body and spirit.

Paolo Cognetti tells us about these unforgettable experiences in his unique, classically elegant style.