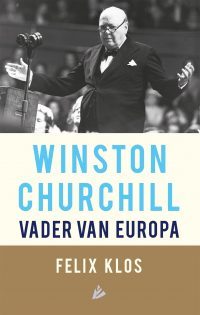 “A sparkling book (…) It shows very convincingly how Churchill advocated a post-war union of European states, in which he saw a leading role for Britain.” — The Guardian

In Winston Churchill. Father of Europe , Felix Klos convincingly shows that [the image that Johnson paints] is a lie. In fact, he makes it clear that Churchill has played a crucial role in European unification. — Historical Newspaper

“Klos provides an accurate and comprehensive representation of the process and in particular the effort of Winston Churchill to realize his vision of a united Europe after the Second World War. (…) With the Brexit at the door a very interesting book (or better a study).”  — History.nl

“British colleagues of name and fame, among them Simon Schama, are full of praise, as are newspapers such as The Guardian. Their young colleague, the Dutch-American historian Felix Klos (24), paints a striking picture that few people know, not even the British, in his book Winston Churchill, Father of Europe. The last great statesman of Britain was much more European than is thought or claimed.” — Dagblad van het Noorden

“Klos has put a nice overview on the table, which certainly has its use in the debate about Europe.” — Reformatorisch Dagblad

“Never before has anyone so clearly described that [Churchill] made efforts to establish a common European policy, not only during his premiership during the occupation, but also in the years before and after the war. […] Eight years after his death in 1965, the UK finally joined the EU. Fortunately Felix Klos is here to show that Churchill’s name has been falsely used by Brexiteers in recent years.” — Het Parool

The first book ever written about Churchill’s campaign for a united Europe.

After the Second World War, with much of Europe in ruins, the victorious Winston Churchill swore to build a peace across Europe that would last a generation. Fighting against the new ‘Iron Curtain’ which had fallen across the world, and battling the personal disappointment of losing the 1945 election in Britain, Churchill dedicated the rest of his life to forging a united Europe. This book, based in part on new evidence, reveals his vision: Britain as a leading member of the European family. Through Churchill’s own private papers, Felix Klos unveils Churchill’s personal battle to regain his place in world affairs, his confidential conversations with European leaders and the thinking and preparation behind some of his most powerful speeches. A beautifully written history of Europe after the war, and a new glimpse at one of its greatest statesmen. 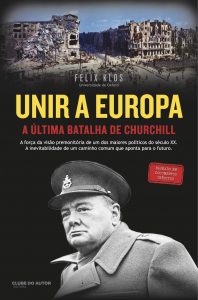