Why Do The Chinese Always Have Time On Their Side? 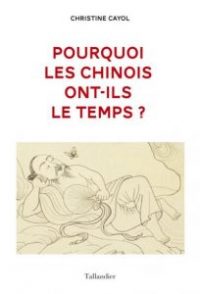 Why Do The Chinese Always Have Time On Their Side?

This is a highly original dialogue between cultures. — Le Monde Diplomatique

This book takes the reader far beyond the clichéd images. — Chine Plus

Follow the Chinese tempo. For a relaxing autumn, get inspired by Christine Cayol’s tips. — ELLE

Treating time and China in the same book is necessarily explaining the reasons why time does not flow at the same speed on Chinese territory as in the West. — Les Echos

Travelling through China to learn a new wisdom concerning time.

Our world is getting faster and faster. People are overwhelmed and lack time, even though they possess more and more tools to save time. The aim of this book is to show that a different relationship to time is possible and that Chinese culture offers a means of accessing it – a relationship which is more flexible, more pragmatic and more spiritual and where time is a true ally.

It is aimed at all those who feel that they have an unhealthy relationship to time, as well as those are interested in China. The author combines her direct personal experience (of 15 years spent living in China) with an inter-cultural approach which helps us to understand the subtle relationship which the Chinese have with time.

The book is comprehensive, taking in Chinese culture, lifestyle and professional situations. In an age where people are fearful of digital acceleration, it reframes the question of our individual responsibility in relation to digital tools by electing time as its central theme.

And in an age where people are also fearful of China itself and unsure how to relate to Chinese people, this book provides timely assistance in helping us to understand Chinese culture better too.

Christine Cayol has been living in Beijing since 2003. After studying philosophy, in 2009 she set up ‘Yishu 8’, a Chinese version of the Villa Medici which hosts artists in Beijing, organises artistic events and invites Chinese artists to immerse themselves in French culture. In 2012, she published À quoi pensent les Chinois en regardant Mona Lisa? 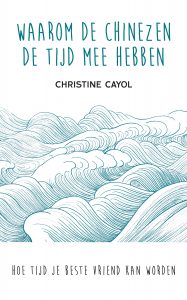 The Netherlands (Ten Have) 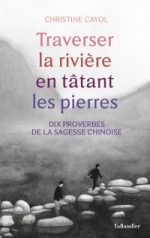