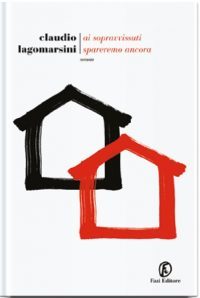 A “next door tragedy” in which a petty quarrel between neighbours degenerates into an absurd deadly shooting. The lucid and merciless portrait of a dying world seen through the eyes of a boy who feels powerless in the face of the reality in which he lives. Among dinners in the courtyard, quarrels over a vegetable garden and macho posturing, Ai sopravvissuti spareremo ancora tells the story of someone who no longer manages to come to terms with the vulgarity of the world he lives in, of a generation of kids who have grown up with models far apart from their fathers’, in which they no longer recognise themselves.

A young man is forced to return to his native town to sell his family home: it is a painful return, made worse by the finding of five notebooks written many years before by his older brother Marcello. Reading them for the first time, the boy, now a man, travels back to the summer of 2002 when the two brothers were still living together, with their mother and her partner, nicknamed Wayne. Their house was squeezed between that of their maternal grandmother and that of a man nicknamed the Mockingbird. In the notebooks, Marcello reveals a lot about that summer: the outdoor dinners, the furious discussions between the Mockingbird and Wayne, the love affair between the grandmother and the Mocking-
bird, the conflictual relationship between their mother and their grandmother.

Among the various episodes reported in the diary, there is one in particular that triggers a series of events that will lead to the tragic epilogue. A particularly heated dispute between Wayne and the Mockingbird degenerates to the point that the latter ends up pulling out his rifle. The recovered notebooks stop here even if the young man who came to sell the house remembers well what happened: the situation had got out of hand and a shot had been fired, leaving Marcello’s lifeless body lying on the ground.

Thanks to a perfectly calibrated style and a language that mixes elegant traits with more mundane terms, Claudio Lagomarsini manages to reveal the twilight of a patriarchal, sexist and backward world, capturing from within a society destined to disappear, yet very representative of Italy.