Theory of Travel. The Poetics of Geography

Theory of Travel. The Poetics of Geography

A small philosophical study on travel and travelers.

Going away, following close on shepherds’ heels, is testing out a kind of an extremely pagan pantheism and finding out the traces of ancient gods […]. The choice of the whole planet for one’s own journey is a condemnation of everything that closes and enslaves: Labour, Family, Country, such are the most visible constraints […]. Asocial, unsociable, beyond redemption, the nomad knows nothing on clocks and he works according to the sun or the stars, he educates himself by looking at constellations and the run of the day star, he has no clock, but an animal eye trained recognize dawns, auroras, storms, sunny spells, twilights, comets, and stellar flickering, he knows how to read the clouds and decipher their promises, he interprets winds and knows their habits. Whim is the master of his plans.

Born in 1959, Michel Onfray is one of the best-known French philosophers in the world (translated into 22 languages). In his books he expresses a hedonistic, ethical, political and pedagogic vision. He was awarded the Prix Médicis Essais in 1993, and one of his latest books, Traité d’athéologie (Treaty of Atheology), is a best-seller (300,000 copies sold). 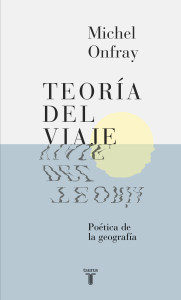 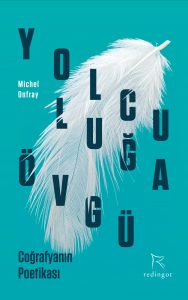 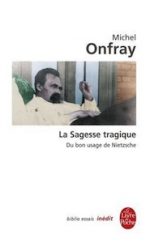 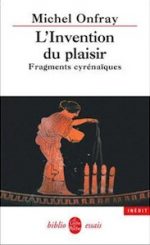