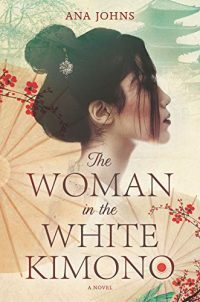 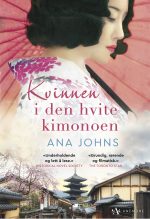 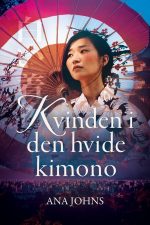 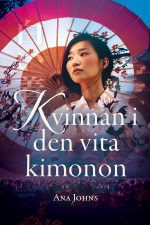 Rich and memorable… This novel about unearthing the past packs an emotional punch.” –Publishers Weekly

“A well-researched piece of historical fiction, loosely inspired by the military experience of the author’s father, that shines a light on a dark chapter of Japanese history that will be unfamiliar to many readers.” —Booklist

“Johns weaves together past and present in wonderful ways … [T]his outing is richly-researched, moving and cinematic in feel.” —Toronto Star

Oceans and decades apart, two women are inextricably bound by the secrets between them.

Japan, 1957. Seventeen-year-old Naoko Nakamura’s prearranged marriage to the son of her father’s business associate secures her family’s status in their traditional Japanese community, but Naoko has fallen for another man. An American sailor, a gaijin—and to marry him would bring great shame upon her entire family. When it’s learned Naoko carries the sailor’s child, she’s cast out in disgrace and forced to make unimaginable choices with consequences that will ripple across generations.

America, present day. Tori Kovač, caring for her dying father, finds a letter containing a shocking revelation—one that calls into question everything she understood about him, her family, and herself. Setting out to learn the truth behind the letter, Tori’s journey leads her half-way around the world to a remote sea-side village in Japan, where she must confront the demons of the past to pave a way for redemption.

In breathtaking prose and inspired by true stories from a devastating and little-known era in Japanese and American History, Ana Johns’ The Woman in the White Kimono illuminates a searing portrait of one woman torn between her culture and her heart, and another woman on a journey to discover the true meaning of home.

Akin to Madame Butterfly—except she lives to tell …

A poignant, sweeping novel of spirit and love – between fathers and daughters and husbands and wives— that travels the difficult road to acceptance through secrets, sacrifice, and lies.  With intertwined stories of love and loss that illuminate the aftermath of war and those forever caught in-between: as both women, past and present, confront social stigmas, secret burial grounds, exiled communities, and the gut-wrenching consequences of their own choices.