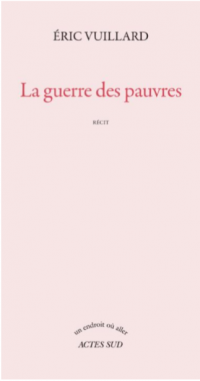 The War of the Poor relates a brutal episode in the history of major popular uprisings.

In the 16th century, the Protestant Reformation launched an attack on privilege and the Catholic church, but it rapidly became an established and bourgeois authority itself. The rural labourers and the poor of the cities, who were still being promised equality in heaven, began to ask: ‘And why shouldn’t we have equality here and now on earth?’

There ensued a furious struggle between the powerful, the comfortable protestants and the others: the wretched. They were led by a number of theologians, one of whom has left his mark in history through his determination and his sheer energy. His name was Thomas Müntzer and he set Germany on fire. La guerre des pauvres recounts his story – that of an insurrection through the Word, which appropriately enough finds its echo in the inventive power of Éric Vuillard’s prose.

Éric Vuillard is a writer and filmmaker who was born in Lyon in 1968. His works published by Actes Sud include Tristesse de la terre (2014, Prix Joseph-Kessel) and L’ordre du jour (2017), for which he won the Prix Goncourt. 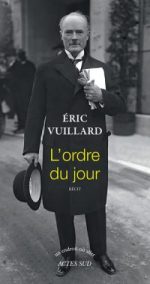 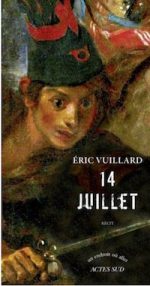