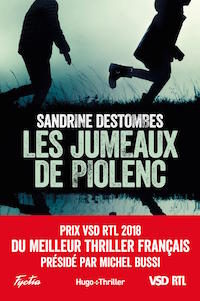 Sharp and vivid, The Twins of Piolenc is Michel Bussi’s pick as best 2018 French thriller. A cleverly constructed page-turner. In August 1989, in the small village of Piolenc, southern France, Solène and Raphaël, eleven-year-old twins, disappear during the annual garlic fair. Three months later, one of them is found dead.

In June 2018, more children disappear in Piolenc. It’s happening again and a wind of panic settles on the village. If there is to be any hope of finding the children alive, they must first understand what happened to Solène and Raphaël. Even if it brings back terrible memories. The Twins of Piolenc could seem an ordinary story but one should never judge a book by its cover! It is all at once exciting and disturbing, mostly because of the well-constructed plot’s ambiguity which delves the story into an almost toxic atmosphere. The ending is fascinating and terrifying!

Born in 1971, Sandrine Destombes lives in Paris and works as an event manager. Les Jumeaux de Piolenc is her fifth thriller. It has been awarded the VSD/ RTL best French Thriller Prize (presided by Michel Bussi, bestseller thriller French author). 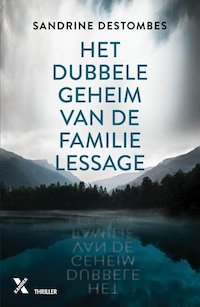 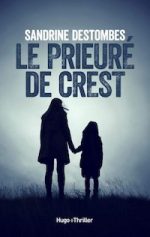