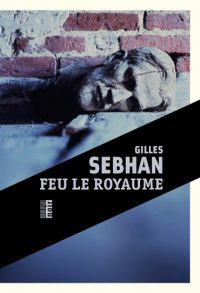 Having just cleared up a gruelling kidnapping case, Lieutenant Dapper discovers the identity of his father, who has just committed suicide and has made the lieutenant’s son Théo the sole beneficiary of his will. Will this latest death bring to an end the terrible cycle that began a few months previously with the circus animals being hacked to death? As the small town buries its dead and cares for the survivors, on the other side of the nearby border a man escapes from prison, killing several people in the process. Marcus Bauman, the Brabant murderer, has a sole objective in mind: to take revenge on the man who a few years ago was instrumental in his arrest. In this unrelenting novel, where childhood nightmares engender adult monsters, Gilles Sebhan inflicts on this small town a predator who knows its every secret and who toys with the investigators in a terrifying series of murders and kidnappings.