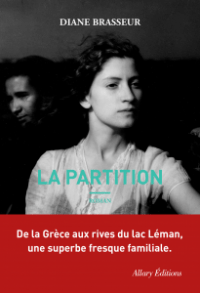 The third novel by Diane Brasseur unfolds with a narrative mastery to form a large and generous family fresco. — Point de Vue

Centered around a flamboyant heroine, her husbands, her sons, and her tragedies, Diane Brasseur signs the greatest novel of this Spring. — ELLE Livres

The Division by Diane Brasseur is the great novel of this Spring. A family fresco composed in an extremely modern way, with very intimate and subtle feelings. — Olivia de Lamberterie, Télématin

I loved this family, I became attached to it, I was sad to leave it. A novel that I almost want to read again! — Librairie Tome 7, Libération

Diane Brasseur is a goldsmith with words. […] And we bet you’ll suggest this book to more than one friend who’ll ask you what to read this summer. — Ernest Magazine

With her third novel, Brasseur offers us a great, modern, novelistic fresco, and a very beautiful portrait of a woman. — RTS Radio

A cinematographic novel. A great historical-family fresco, The Partition shines with a powerful writing. — Le Quotidien

A story of separation, of music and mostly of an impossible reunion. A true saga inspired by old family letters. — L’Avenir

Diane Brasseur is a woman of words. She signs with The Division a cinematic novel with great feelings. Koula is a beautiful heroine. — Le Devoir

Diane Brasseur paints a gallery of souls, a family fresco that begins in 1920 Athens and ends half a century later on the shores of Lake Geneva.

On January 12, 1977 Bruno K, a professor of literature who is adulated by his students and admired by his colleagues, walks the streets of Geneva. As he contemplates the legs of a pretty brunette who walks in front of him, he collapses, and dies.

When his two brothers Georgely and Alexakis hear about his passing, something snaps. Ten years earlier, Bruno K had broken off all ties with his family.

The reader is taken on a journey to the origins of this disunited brotherhood. It starts in Athens, when their mother Koula meets Paul Peter K, a young man with soft skin and blond-gorged hair, who looks like a silent movie actor. It continues in Switzerland, where they settle after their marriage when Koula is only 17 years old.

After the first months of passion and jubilation, Paul Peter K’s love fades and one night during carnival, Koula sees him in the arms of another woman. This is the beginning of a nightmare, the original crack that will mark his life and that of his sons.

Koula divorces and returns to Greece with her eldest son Bruno K, leaving behind little Georgely, who is barely three years old. There, she meets her ultimate love and from their union Alexakis is born, a child with a great destiny.

About the author’s previous work:

An electric style. A voice that is singular and just. — Elle

Her sober and crystalline writing touches us just the right way. — Le Parisien 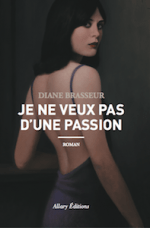 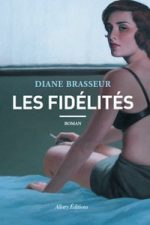