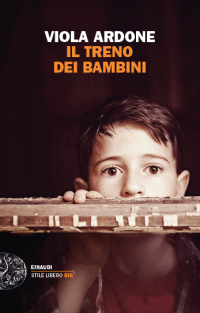 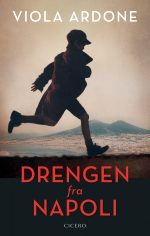 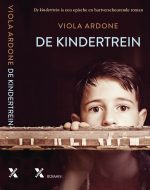 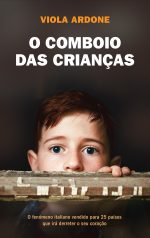 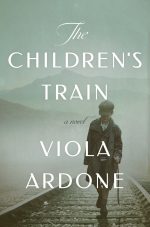 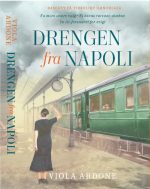 Seven-year-old Amerigo Speranza trudges through the streets of war-torn Naples on the heels of his mother Antonietta. From their conversation the little boy understands that he is going to have to leave his home town, but he can’t imagine why, or where he will go.

Amerigo is frightened. The women in their narrow street discuss the matter among themselves: Pachiochia, a loyal monarchist, claims that the children are being sent to Russia, where they will be sold or mutilated, and she tries to persuade the women of the district not to let their children leave. Zandragliona, who professes to be a communist, and who lost a younger sister during the “Four Days”, says they should be allowed to leave for their own good: they will travel on special trains equipped for the purpose and then be taken in by families in central and northern Italy who will look after them. Antonietta too has many misgivings, but feels that she has no choice. The little money she manages to earn comes from recycling old clothes which she and Amerigo collect around the city, and which a friend of hers, nicknamed capa ‘e fierro (“iron head”), sells at a stall in the market. Moreover, because of her poverty and illness, she has already lost one child, little Luigi, whose father, like Amerigo’s, is unknown.

One November morning Antonietta takes Amerigo to the station and watches him leave with a lot of other children. He is one of the seventy thousand who between 1945 and 1952 were saved from the famine, disease and neglect in which they lived in many southern Italian towns thanks to the efforts of the Women’s Union and of the many Committees that were formed in various Italian cities. The journey is long and full of surprises: from the windows of the train the children for the first time discover snow and then, at dawn, the sea.

On arrival at the station in Bologna they are handed over to the families who have offered to host them. Amerigo feels lost: the woman who takes her away with her, Derna Scandali, a trade unionist from Ancona, has a stern expression and brusque manner. She and the little boy don’t even seem to speak the same language and struggle to understand each other. Amerigo feels as if he has come not to a different city but to another world. The first night with Derna seems never-ending and Amerigo wakes up trembling from nightmares, in a house he doesn’t know, immersed in a silence that he is not used to. He misses the big bed where he used to sleep with his mother and the countless noises of the street.

Gradually, however, he begins to settle down and enjoy the attention, good cuisine and generosity of the people who have taken him in: as well as Derna, who hosts him in her home, there is her sister Rosa, with her husband Alcide and their children, who for Amerigo become the family he has never had. Now smart and well-groomed, Amerigo is enrolled at the local school and even has the opportunity to learn music with a violin teacher who frequents the workshop of Alcide, who tunes and repairs instruments.

When the time comes to return to Naples, Amerigo feels a great sadness. Once he arrives in his home city, the tiny dark flat, the street women and his former friends all seem poor and dirty to him. They had been the same before, but he hadn’t noticed it.

Instead of going to school he has to work as an assistant to a shoe repairer, and the violin that Alcide had given him ends up under the bed. Every day Amerigo goes to the station to see the trains leaving and imagines getting on one of them and travelling back to Derna. One day he discovers that his mother, in order to interrupt the contacts between him and his adoptive family, has been hiding from him the letters sent from Ancona. Amerigo is angry and confronts his mother, calling her a liar. When he tries to retrieve his violin, he discovers that it is no longer under the bed. It has been sold, his mother confesses to him, to buy new shoes and food. Seething with resentment, Amerigo runs away and, all alone in the twilight, heads for the station. A north-bound train is standing at the platform. Without a moment’s hesitation, Amerigo jumps on board and repeats the long journey, but this time on his own and without sleeping.

Amerigo, now a grown man, returns to his home city. He received a phone call at dawn, caught the first plan and set off from Milan with only a small bag and his violin. His mother died during the night and her funeral is to be held tomorrow. As soon as he arrives in Naples, however, he can’t wait to get away again.

Amerigo has become a successful violinist. After his night-time escape of many years earlier he was welcomed back by his adoptive family and, with his mother’s consent, settled in Ancona, continued his education and attended music school. His relationship with his mother Antonietta have been, over the years, sporadic and characterized by cool politeness. A few years after his departure, Antonietta had another son, Agostino, also fatherless. Amerigo and his brother Agostino have met on rare occasions, and always with a mutual sense of distance.

Amerigo walks down the streets of his childhood, first with trepidation and fear, then gradually with greater confidence. At his mother’s funeral he meets Maddalena, the woman who had accompanied him on the train the first time. Beside her is a little boy with a slightly bewildered expression. His name is Carmine, and he is Agostino’s son. Carmine has been living in his grandmother’s home since both his parents – Amerigo’s brother Agostino and his wife – had been sent to prison. Amerigo looks at the child pityingly but thinks there is nothing he can do for him. He hastily says goodbye to Maddalena and goes off.

His only wish is to leave the city and return to his life. And yet the meeting with Maddelena, the story of the little boy, his brother’s fate and the streets of his city have stirred something within him. He decides to seek out Tommasino, his childhood friend, who had also travelled away on one of the children’s trains, and who, partly thanks to the help of his family in the north, had been able to go to university and has become a judge in the juvenile court.

After his meeting with Tommasino, on the way back to his hotel, Amerigo walks down the street of his childhood and stops to look into one of those windowless houses that open directly onto the street, like the one where he had lived. It is the home of Zandragliona, to whom Amerigo, before leaving, had entrusted a box containing his childhood treasures. Zandragliona has died and an elderly gentleman now lives in her house. The gentleman invites him in. Amerigo recognizes him as capa ‘e fierro, the man who had carried on a trade in used clothes with his mother. Under a dusty brick in the tiny flat Amerigo rediscovers the box full of his toys, which has survived all these years in its hiding place.

Amerigo says goodbye to the old man and leaves. Going back out into the street he notices that there is a name on his door: Luigi Amerio. The first name and surname of the old man, whom he has always known by his nickname capa ‘e fierro, resemble those of Antonietta’s first two sons: Luigi and Amerigo. Is this only a coincidence, or is it the answer to the question that Amerigo has carried with him all his life?

The past that Amerigo has tried to forget, out of a sense of shame, returns with irresistible force. It’s not true, he thinks at one point, that there’s nothing he can do for little Carmine. He could take him to Milan, give him a chance, just as he had been given a chance all those years ago. But when he has finally made up his mind to take the little boy into his care, Amerigo hears that the child’s mother has been released from prison and come home. There is no further need for him to do anything. He should be relieved, but he’s not: he’s a little disappointed. When Amerigo goes to see the little boy to say goodbye before returning to Milan, Carmine, holding his hand, takes him to his grandmother’s home and takes out from under the bed Alcide’s violin, which Antonietta, with great difficulty, had recovered to give her son a surprise.

Amerigo goes to his mother’s grave with a flower and finally manages to find the words which he had never had the courage to utter while she was alive. Leaving the cemetery, he realizes that he no longer needs the answers he has been searching for.

The day of his departure has come. Amerigo is going to catch the train again, as he did the first time he left. Maddalena and Carmine come to the station to see him off. They part with the promise that they will meet again soon. When the last buildings of the city disappear from the horizon, Amerigo looks out through window at the fields, trees and clouds drifting by. Then he leans his head back against the seat, closes his eyes, and sleep gently comes.