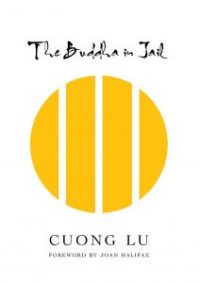 “Read these stories carefully, a few at a time, and apply them to our encounters with those who have acted badly, those we don’t particularly like, and ourselves, for all these dialogues are taking place within each of us all the time.” — Roshi Joan Halifax

“In The Buddha in Jail, Cuong Lu demonstrates how to be in a helping relationship without getting caught in roles. As a prison chaplain, he did not attach to the idea of being a helper, or even of “helping.” He sat quietly, deeply present with each inmate, and saw each of them as a soul, not just their personality or their troubled past. By dwelling in love with each person, accepting them without judgment, one by one they transformed, and their recidivism was close to zero. I congratulate Cuong Lu for the depth of his prison ministry and this beautiful book.” — Ram Dass, author of Be Here Now and Walking Each Other Home: Conversations on Loving and Dying

Cuong Lu shares insights into the prisoner’s mindset, something with implications for us all, whether or not we are in a conventional jail. As a prison chaplain, Cuong discovered that when the men inside allowed themselves to feel their pain—including remorse from committing crimes—knowing and feeling the truth became a source of strength for them.

This is a book of 52 vignettes—stories and teachings about Cuong Lu’s six years as a prison chaplain. Cuong found that when the inmates felt listened to, understood, and not judged, it transformed their sense of who they are, and as a result changed their attitudes and their behavior.

Cuong opens our eyes beyond prejudice to see others—and ourselves—in a larger perspective. When we look at prisoners without judgment, we connect with those we might never know and with our own basic goodness and our own darkness and prejudgments. The message of The Buddha in Jail is one of redemption. No matter how far a person has fallen, it’s possible get up and start again, especially if someone lends a helping hand.

This book is not just about the prisoners. It’s about all of us. We’re all caught in distorted and limiting ideas of ourselves. We don’t believe freedom and happiness are attainable. But when we come to believe in ourselves, we discover the freedom and happiness already within. It’s possible to be free and happy, even behind bars. In a redemptive model of incarceration, we put a person in prison not just to punish him, but to guide him back from the depths of depravity and despair. Cuong shows us again and again that this approach works. It can be applied to all prisons, and also to our own daily lives. We fall, and we can work to rediscover our heart’s loving intention.

Cuong Lu, Buddhist teacher, scholar, and writer, was born in Nha Trang, Vietnam, in 1968. He majored in East Asian studies at the University of Leiden, and in 1993 was ordained a monk at Plum Village in France under the guidance of Thich Nhat Hanh. In 2000, he was recognized as a teacher in the Lieu Quan line of the Linji School of Zen Buddhism. In 2009, Cuong returned to lay life in the Netherlands, where, together with five colleagues, he stood at the birth of the Buddhist Spiritual Care Program within Holland’s penitentiary system. In 2015, he received a master’s degree in Buddhist Spiritual Care at Vrije University in Amsterdam. Cuong is the founder of Mind Only School, in Gouda, South Holland, where he teaches Buddhist philosophy and psychology, specializing in Yogachara Buddhism combined with the Madhyamaka (Middle Way) School of Nagarjuna. 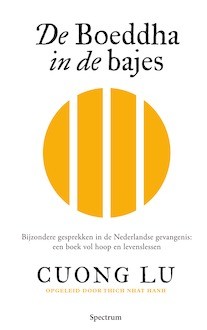