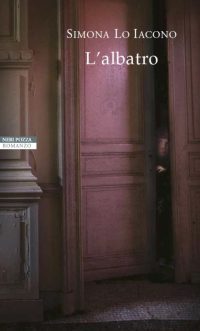 A poetic Sicily and a magical childhood, crossed by a continuous anxiety, sumptuous palaces and an imminent decadence, the feeling that “when something ends it is only about to begin.

A fresco of the fading Sicilian aristocracy, a magical and poetic evocation of childhood, a story of the genesis of a masterpiece and a celebration of the power of words, a multi-layered novel, a fictional autobiography, a sentimental education. — Il Corriere della Sera

The story of one of the most important figures of twentieth-century Italian literature, Giuseppe Tomasi di Lampedusa, a writer with a complex personality and author of the famous Il Gattopardo

At the end of the 1950s, Giuseppe Tomasi di Lampedusa is admitted to the Villa Angela clinic in Rome. He’s ill, his lungs are severely compromised. His wife Lucy is by his side and tries to distract him from nostalgia by asking him to write. So the Prince begins to think about the past, he relives the scorching summers of his childhood when the whole family would go from Palermo to the countryside of Santa Margherita Belice, to visit the teacher Carmela, the official Don Nofrio, and the wandering actors who brightened up village life.

But there is one figure, in these years, who could turn life upside down for the silent child who has always preferred things to people. It’s little Antonno, who appears, who knows why, from who knows where. A very strange child, “all back-to-front”: browsing through a book, he’ll start from the last page, if he wants to go forwards, he’ll walk backwards, if you say “move into the shade” he will stand in the sun – and he is convinced that we are born dying. Antonno is the only real ray of light in an otherwise dark and lonely existence, the only company for little Giuseppe, a boy who sees and hears more than others, blessed with a particular sensitivity. Antonno is a special creature: as loyal as the albatross that follows the fate of his captain until the wind and the storm force him to sink down with his ship. Giuseppe shares every minute with him, from lessons with Donna Carmela to pillow fights before bed, even the incomprehensible passion for the enigmatic actress in the theatre company.

For the first time, now facing death, Giuseppe Tomasi writes about Antonno and his diary becomes a guide through the shadows, where he talks about his inspiration, the ability to find the mysterious origin of words, their beauty, the fire that guided him in writing one of the greatest masterpieces of Italian literature, Il Gattopardo.

Based on the diaries and biographies of the great Sicilian writer, and after long conversations with his heir, Simona Lo Iacono brings us a sensitive, fictionalised version of the life of Giuseppe Tomasi di Lampedusa giving an immersive, all-encompassing reading experience, bringing us close to a character who is very human and at the same time quite extraordinary. Because, as the writer’s beloved mother says in the novel, through storytelling pain, time and fate can be overturned: writing creates things, invents for us the things we lack. And this is the miracle performed by Simona Lo Iacono herself, in reconstructing a life as exceptional as that of the author of Il Gattopardo.

Simona Lo Iacono (Siracusa, 1970). She is a magistrate and sits at the court of Catania. In 2016 she published the novel Le streghe di Lenzavacche (edizioni e/o), shortlisted among the twelve finalists for the Premio Strega. Published by Neri Pozza: Il morso (2017). 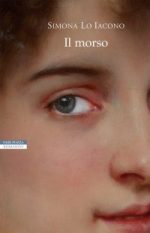