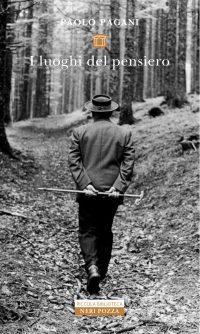 From Spinoza to Descartes, from Marx to Darwin, via Wittgenstein, Heidegger and Thomas Mann: the houses and places that nurtured the ideas of the great philosophers who changed our vision of the world.

“Pagani narrates the great geniuses and giants of the past through the places they have lived in: a remarkably enlightening book” Il Messaggero

I luoghi del pensiero offers an original take on philosophers, their lives and the places they inhabited. It charts an intellectual map that tells the story of ideas and their genesis. Paolo Pagani recounts the stages of his own journey through the places inhabited and experienced by those who, in three centuries of the history of ideas, have provided us with moral and intellectual models. A travel journal from the roots of European culture: the names, houses and tombs of men who changed our vision of the world. At the centre, their ideas, the ideas born of those names, in those homes, buried in those tombs, and still alive. Thoughts that could be conceived only there, where they came into being. Because every place has an aura, an unspoken language that we can learn to hear. It is important to understand what it means for a place to have inspired people in a past that is both distant and present. It doesn’t happen everywhere. The places in Pagani’s collection all hold a secret gift: they are inhabited by the powerful and original ideas of great thinkers, by a primitive power. This is why we visit them.

From Spinoza, in seventeenth century Holland, Paolo Pagani moves through time and space to Thomas Mann. Following and spying on the daily work and the lifetime’s undertaking of great philosophers and writers, moving between states, cities, towns, villages, cabins and rented rooms, across mountains and seas, from the South to the North of Europe, and to the United States: Cambridge, Fribourg, Amsterdam, Zurich. This journey fascinates and enriches, nourishes the soul and the mind and arouses the reader’s curiosity with its countless pearls of wisdom.