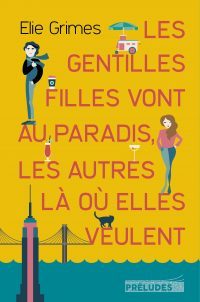 “Take an ambitious thirty-year-old with explosive culinary talents, add some crazy friends and a group of women with well-tempered character, give them conspiratorial confidences, and bring a man as seductive as he is haughty and full of himself… Mix well, salt, pepper, and you’ll get a romantic comedy with a New York style sauce, tasty and generous in twists and turns, and, of course, sprinkled with references from Jane Austen’s Elizabeth Bennett to the Bridget Jones of Helen Fielding.” — Flow Magazine

Zoey is Dalton’s sister and Adrian’s friend, with whom her Aunt Vic would really like to see her get married. At barely thirty, she has started her own catering company with Sally, her best friend, who rather likes Dalton. She never listens to advice from Fran, her mother, or from Nana, her beloved grandmother, because she would rather come home at night and confide in Sushi, her cat.

But otherwise Zoey’s life is fairly simple. Even more so when she meets Matthew Ziegler, the most influential food critic in New York. An utterly unbearable guy who seems set on putting her food to the test, right down to the smallest details…

A contemporary romantic intrigue with lively and powerful dialog and hundreds of twists, and a heroine with a volcanic personality.

A novel about friendship, family and steamy passion: what if Elizabeth Bennet was reincarnated in the 21st century as a young American cook? 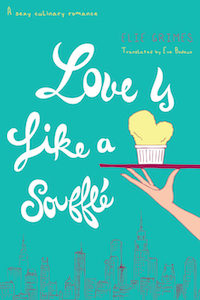 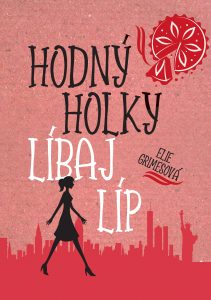