Nancy Mitford. The Lady of the Rue Monsieur 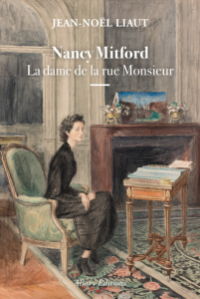 Nancy Mitford. The Lady of the Rue Monsieur

Under Jean-Noël Liaut’s narrative momentum, once we finish the book, we yearn to read or re-read The Pursuit of Love. – Florence Noiville, Le Monde des Livres

This umpteenth biography is not to be neglected: the author has dedicated twenty years of his life and has gathered unpublished testimonials brilliantly illuminating this family like none other. – Nicolas Ungemuth, Le Figaro Magazine

Voluble, amusing, refined, Jean-Noël Liaut signs an accurate and intimate biography. The model appears between the words, with a contrasting sharpness. – Transfuge

Drawing from previously unpublished accounts, Jean-Noël Liaut tells the epic destiny of Nancy Mitford and plunges us into the intellectual and artistic hub of Paris in the 1950s and 60s.

Nancy Mitford was one of the most famous and eccentric novelists of her time, drawing inspiration for her best-selling novels from her family’s escapades. She was born into England’s upper aristocracy, and her destiny and that of her sisters Diana, Unity and Jessica, are entwined with History.

Diana married Sir Oswald Mosley, leader of the English fascist party, at the Goebbels home in the presence of Hitler. Unity was an admirer and a great friend of the Führer, while Jessica took a stand for the Spanish Republicans and married a Communist. Nancy always remained connected to her sisters, happily passing from the table of her fascist brother-in-law to the arms of her lover Gaston Palewski, one of the closest collaborators of General de Gaulle.

Thanks to previously unpublished accounts, Jean-Noel Liaut tells the epic destiny of Nancy Mitford and plunges us into the intellectual and artistic hub of Paris in the 1950s and 1960s, by transporting us to Nancy’s salon at the Rue Monsieur. He presents a plethora of anecdotes, witty remarks, unusual situations and extraordinary characters, all of which make up the “Mitford spirit”. 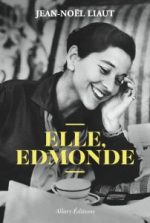