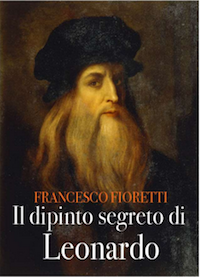 2019 will be the 500th anniversary of Leonardo da Vinci’s death.

After the bestselling Il Libro Secreto di Dante (700,000 copies sold in Italy), Francesco Fioretti returns to bookstores with a new revelation: from a numerical enigma contained in the portrait of Luca Pacioli, the author constructs a compelling storyline with Leonardo da Vinci as its protagonist.

After coming across a bloodstained hand and the corpse of a friar who had been stabbed to death in a Franciscan monastery after trying to steal some Byzantine books, Leonardo manages to solve the mystery surrounding the picture and reveal its meaning thanks to his friend, the mathematician Luca Pacioli, a pupil of Piero della Francesca. Fioretti conjures up an immersive fresco of one of the most eventful periods in the history of Western civilization, when the intrigues of the neo-Platonic sects, the innovative ideas of the artistic avant-gardes and movements like that of Savonarola were the order of the day.

Leonardo’s Secret Painting is a vibrant and original historical thriller: a fascinating journey through Renaissance Italy where Leonardo – who was working on The Last Supper at the time – meets some of the best-known personages of his day, including Machiavelli, Michelangelo and Raphael. 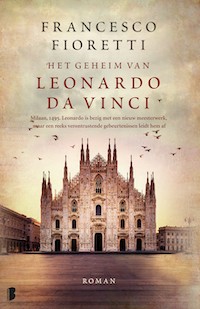