Dust To Dust. The War is Over, But Not Yet Forgotten 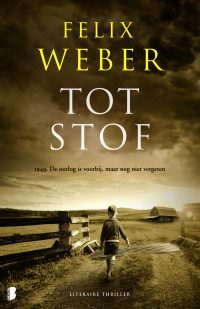 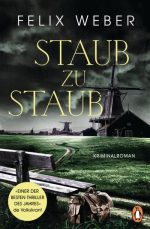 Dust To Dust. The War is Over, But Not Yet Forgotten

Fascinating mix of fiction and non-fiction.One of the best thrillers of the year. — Sir Edmund, de Volkskrant

This twice-winner of  the Golden Noose knows how to write a truly spine-tingling book. — Radio NPO1

Weber or Andriesse – it doesn’t really matter, more important is that with Dust To Dust he wrote one of the best thrillers of 2016. — de Volkskrant

Weber turned Dust To Dust into an especially thrilling and impressive thriller, which will stay with the reader for long after. Most probably the biggest surprise of 2016! — ThrillZone.nl

As a reader you will find yourself impressed by the story and you will close the book with a sigh of emotion. — Bol.com

Both a glorious thriller and a sublime literary work that touches on big issues, such as war trauma and the way in which a society treats its disabled. — Leeskost.nl

In the hands of a lesser writer, this story, which is partially based on true events, could have easily become too melodramatic. But with Felix Weber – or do we need to grant the honour to Gauke Andriesse after all? – it turns into a special and subtle page-turner. Dust To Dust is not an adrenaline-filled ride, but instead it rankles, almost lovingly, the reader. Storylines dance around until they find each other, characters crawl under your skin and into your heart. Dust To Dust is a book full of history, cover-ups, compassion and yes: murder as well. It’s one of those rare times the term ‘literary thriller’ gives you exactly what you expect. — Jury Report Gouden Strop

Resistance fighter Siem Coburg leads a bitter and reclusive life on a remote house boat after World War II has come to an end. Accused of collaboration, and haunted by memories of the death of his beloved Rosa, he has turned his back on the world. In 1949 a farmer who saved his life during the war comes to see him. Coburg owes him and sets up an investigation: the disabled grandson of the farmer has died under suspicious circumstances in a home for mentally and physically disabled children. Coburg travels to Limburg and finds himself in a world where no-one breathes a word about what happened. During his investigation he discovers that one child after another has died an unnatural death. His discovery causes both the clergymen and the villagers to turn against the outsider, who is way too curious for his own good. 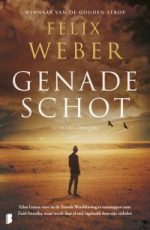