Clint. The Life and Legend 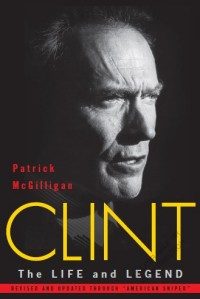 Clint. The Life and Legend

A damning indictment of the man and the culture that lionizes him.—The Washington Post

The most thoroughly demythologizing book yet written on modern Hollywood.—The Los Angeles Times

A weighty, hugely informative effort, one befitting a subject of Eastwood’s continued importance. –The Film Stage

With just one syllable, the man is identified: there can only be one Clint, the American lone wolf personified. And now, in the last few years, Clint Eastwood has become the point man for the American conservative movement, known for a certain lecture to an empty chair and his runaway hit “American Sniper.”

When this biography first appeared, it was met with critical praise for its research, and anger on the part of its subject to the point where he sued the author for $10 million: that suit, which resulted in the effective suppression of the book in the United States, was eventually settled without penalty or threat of future reprisal. Now updated and drawing on extensive interviews with intimates, legal documents and behind-the-scenes reportage on the making of his most famous (and obscure) films, Clint: The Life and Legend is, for fans as well as non-fans, the ultimate life story of this corroded pillar of Hollywood.

This update from the original edition encompasses Clint’s personal life since then — divorce, reality television, and Clint’s appearance before the 2012 Republican National Convention — and all his recent films, through to the success and controversy of “American Sniper.”