Casanova. The Ballad of Broken Hearts 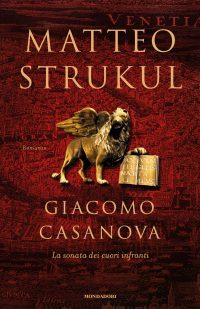 Casanova. The Ballad of Broken Hearts

Venice, mid-1700s: the city is decaying and agonizing under violence and widespread poverty. The aristocracy has for the most part retreated in the villas on the mainland, and the city seems to have lost its ancient splendour.

Giacomo Casanova has just come back to Venice when Countess Margarethe Von Steinberg, Austrian noble known for her unique beauty, challenges him: if the adventurous Giacomo were able to seduce Francesca Erizzo, the young daughter of one of the most notable men in town, then she, countess Von Steinberg, will give herself to him. Casanova agrees. Little by little Francesca falls into the trap of the seducer, but the courtship, which was only plotted for fun, soon turns into something deeper: Casanova finds himself falling in love with Francesca. Their relationship has to face the aristocracy’s and the Inquisitors’s opposition and will lead them both close to madness: Giacomo confined in prison, and Francesca spontaneously secluded in a monastery. The victory of Countess Von Steinberg appears to be completed and far larger than imagined: the conspiracy was in fact planned from above with the aim of affirming the power of the Austro-Hungarian Empire.

Interweaving facts and fiction in a sort of House of Cards set in 1700s, Strukul tells the story of a fight for power; of subterfuges and frauds plotted in shady alleys: of seduction used as a weapon: of cruel games and manipulative talents. With a vivid, colourful and at times dramatic language, Strukul tells the story not just of Casanova the seducer, but of the powerful, unforgettable women – Francesca, Margarethe, Gretchen – who are the true protagonists of the story.

In the background there is Venice, one of the most beautiful and popular cities in the world, a strong presence albeit quite distant from its contemporary tourist imaginary: a dark, weary Republic pushed to the edge of the abyss, which reluctantly accepts to lose the sceptre of Queen of the seas.

Matteo Strukul (Padua, 1973) is the author of La giostra dei fiori spezzati (Mondadori, 2014) and of the series I Medici (Newton Compton, 2016 and 2017). His novels are in the process of publication in twenty countries. He writes for the cultural section of “Venerdì di Repubblica” and lives with his wife in Padua, Berlin and Transylvania. 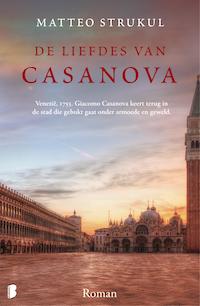 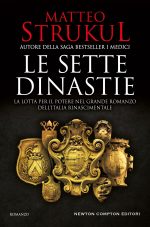