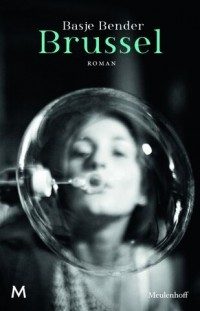 Basje disposes of sharp observational skills and formulates what she sees in a dry-comical way. – Noordhollands Dagblad

A debut novel that manages to intrigue. – Nbd Biblion

Elvie is twenty-seven and works in Brussels, where the apéros are in French and the beer is served with a sip of grenadine. Life in the bubble of European officials and lobbyists suits her just fine. She views the men she dates as entertaining passers-by who pay for her dinner and fill her nights. On the weekends Elvie takes long walks and observes the city and its inhabitants. Brussels feels like the ultimate escape: the receptions, the networking and the hobos on the streets can’t really touch Elvie.

That changes when she meets the Flemish artist Camille. Elvie doesn’t know what to make of her confused feelings for someone as elusive as Camille. Their friendship is light and pretty as a soap bubble, but it turns out to be just as vulnerable.