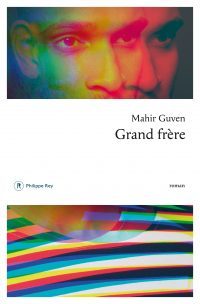 A topical and pertinent novel blending playful humour with a seriousness which befits the subject of terrorism.

A real page-turner, right up to the unexpected twist of the final page.

Grand frère (Big Brother) is a chauffeur for private-hire who spends eleven hours a day behind the wheel and the rest of his time with friends, his widowed father and a string of casual girlfriends. Petit frère (Little Brother) is a nurse with grand ideals who has headed off to work for a Muslim humanitarian organisation but who through weakness of character, has ended up being recruited by an Islamist network in Syria. Nothing has been heard from him since and his distraught father and brother are unable to get on with their lives, facing this gaping absence. And then one day Petit frère returns, moves in with Grand frère and refuses to see their father – everything seems to suggest that he is preparing a terrorist attack.

In this sharp and splendidly written novel, Mahir Guven depicts a brave new world of limited opportunities of integration: Uber drivers crushed by solitude, struggling just to survive, as well as the very different universe of young men who leave to wage jihad in Syria – the indoctrination, the fighting, the atrocities and the doomed return to Europe.

‘Life? I’m on familiar terms with it now that I am approaching death. I flirt with one while thinking about the other. The whole time, ever since that other poor dog – my kin, my flesh, my brother – went off to that distant land of madmen and crackpots, where you get your head chopped off for smoking a cigarette. The Holy Land, or ‘Le Cham’ as it’s called in our neighbourhood. A lot of people say the word with fear, but there are at least a few who speak of it ecstatically. In the world of normal people, they say ‘in Syria’ in a low voice and with a serious expression, as if they were talking about hell. The departure of Petit frère has completely devastated the old man.

The son of a Turkish mother and a Kurdish father who came to France as refugees, Mahir Guven was born stateless in Nantes in 1986. He grew up in the city and in the family vineyards and currently lives near Paris. Grand frère is his first novel. 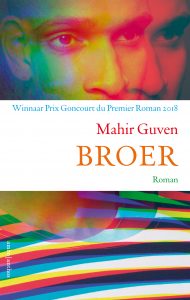