Another Look. A Bunch of Stuff to See Things Differently 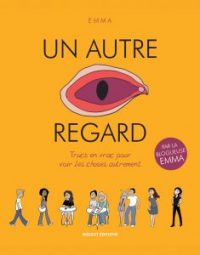 Another Look. A Bunch of Stuff to See Things Differently

‘Emma’s strong, smart, clear-eyed book gives us the language (and the urgent desire) to shout from the rooftops about the maddening, unacknowledged injustices women face every day. It validates all the thoughts I️ have about being a woman and didn’t have words for.’ — Liana Finck, author of Passing for Human: A Graphic Memoir

‘On her blog, Emma posts drawings that tell stories about feminism, health and sexuality.’ — Nouvel Obs

‘Funny and relevant, this is a book to slip on all your colleagues’ desks…’ — Elle

‘The gender wars of household chores: a feminist comic.’ — The Guardian 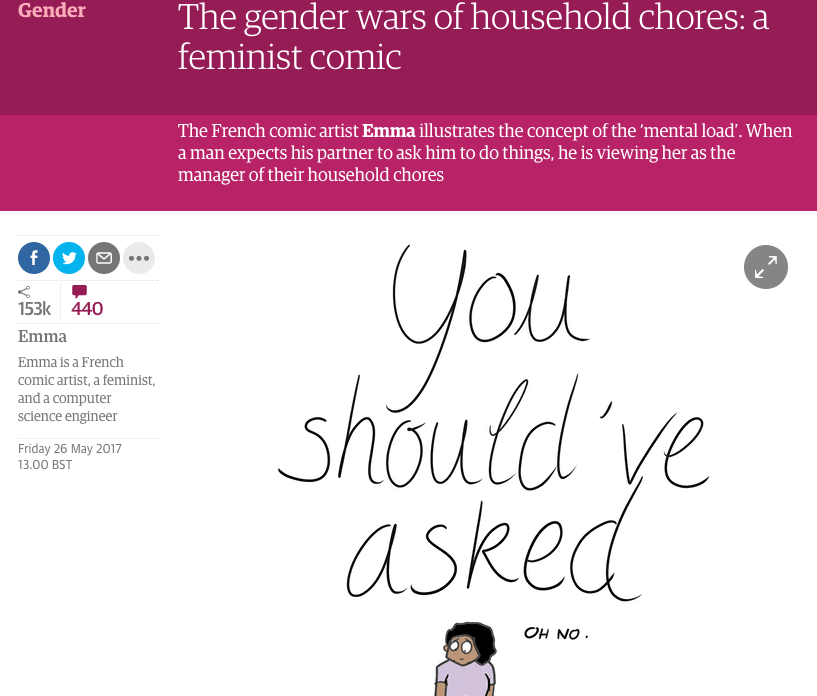 A motley bunch of stories on feminism, politics and sexuality, Emma is a new blogger attacking stereotypes on a wide range of issues. Countering cliché, she shares her experience as a new mom through a series of anecdotes that are anything but candy-coated. With accuracy and dedication, she takes another look at subjects like the sacrosanct maternal instinct, the baby blues, the story of the clitoris and the story of refugees, and questions truths that might seem fixed. This book is as funny as it is touching and informative.

Back at work, Emma realized that her colleagues thought maternity leave was like going on vacation. She looks back on giving birth, and the pain and fatigue that followed.

The story of my friend C.

C. is pregnant and carefully prepares for giving birth. Unfortunately, things don’t go as planned and C. comes face to face with the violence of the medical world.

One day unlike any other, Emma decided to grab a mirror and get better acquainted with her clitoris. She found out that didn’t know very much at all.

Adama lived a quiet life in the suburban town of Beaumont sur Oise. On the day of his 24th birthday, he was arrested by the police.

Emma is 36 years old and works as a computer science engineer. A feminist and a revolutionary, her illustrated stories are based on current affairs with a political flavor. 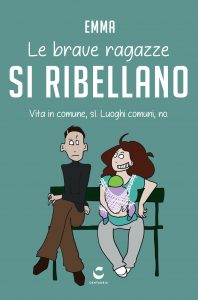 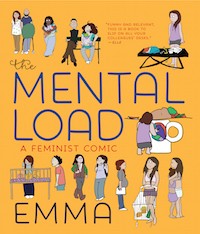 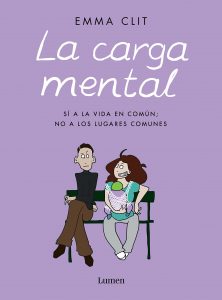 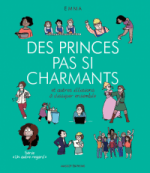 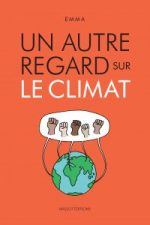 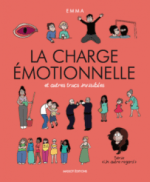 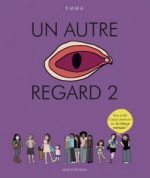